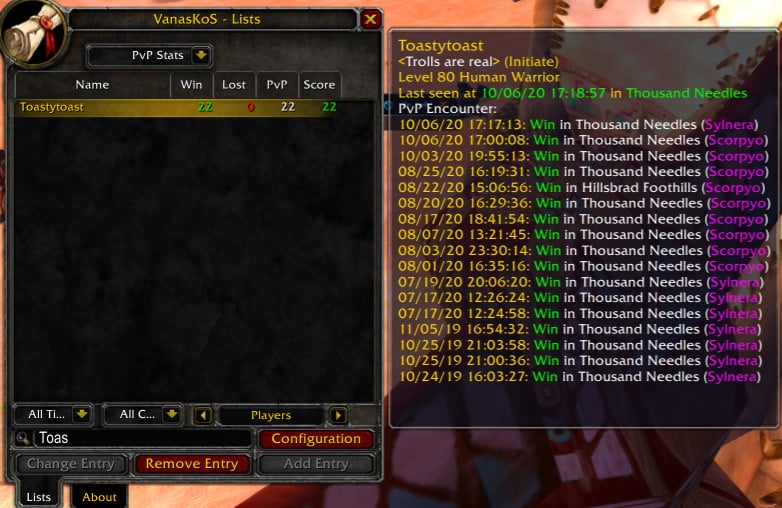 (22/11-2021) – We have an extensive experience in putting gankers out of play. Several of the gankers we took care of stopped ganking totally. Other are reduced to ganking when we’re not online and a few, totally stopped playing.

Let’s review these weird people and their habits.

What Is a Ganker?

Originally, ganking was a word made of two words: Gang klling. It was referring to people going around in small groups and killing lonely players in several against one.

Nowadays, it is referring to high-level players killing low level players and spoiling their fun and leveling. In French WoW, this is still referred to at “gray-killing” (since low-level player’s level are in gray), ganking is used to refer to gang killing or people who kill you while you are busy fighting mobs or handing quests.

But here, we’ll keep to the understanding of a high level player, bothering and killing lowbies.

Note that gankers not only kill low level when they meet them on their way, but they will hang in somewhere where there are many low levels and they will kill NPCs and players around. They will visit places where there are a lot of low-level players.

Alliance gankers are very found of Freewind Post and Crossroads.

A ganker can be several hours on the same spot, in the same city, doing the same thing (killing lowbies, AFK or badly geared high levels and NPCs) and he can do this day after day, weeks after weeks. These are the hardcore gankers.

More Softcore gankers can gank the same place, but do something else too: Go PvP, Arena, fight well-geared and good players, and so on.

In this article, I will mostly speak about the hardcore gankers.

Why Do They Do That?

A few will be frank enough to give you the real reason, which is simply that they just want to spoil the fun for other players and bother them as much as possible.

Fact is, that most gankers have characters on both faction and they will gank with one or the other even though they might prefer one faction, but it is generally because they have a class they prefer to play, or who is better geared on one faction.

Several gankers, like Stavrii-Joselline (see the article about him, here), will switch faction and just gank the other faction. No problems with that. They don’t have any allegiance or loyalty. Only to gank.

Some would say: “But, hey… That’s not a very normal thing to do. Are these guys deranged? What’s the fun in that?”

The answer is yes: Psychologically speaking, they are not normal. They are beta-male who want to be alpha male. In the bottom, they are losers and they want to be winners. Since they can’t beat players of their own size, they kill lower levels.

Some of them, with whom I have spoken or whose behavior I have analyzed, definitely have some sociopathic traits. I don’t think they are totally, but definitely some traits.

And maybe because of these traits, they follow more or less the same modus operandi. They go through the same stages that we will see in a moment.

Most of the time, they are alone. They can find other gankers to band up with, but they don’t like that much. It spoils their fun (unless they try to get us down, of course). More often than not, they are not in a guild, or if they are, it is their own or they change guild regularly.

Before we go there, a bit about how we work.

I have several accounts and two of them (one horde, one alliance) are lvl 1 “spies”.

We have several classes at high-level placed different strategic places in Azeroth both on Horde and on Alliance side.

We check these places regularly for gankers.

When we find a ganker, I start by adding him as a friend to my corresponding spy and we kill him.

As a note on the friend, I write the last place and date where he was killed.

Then, every time this guy shows up in his “ganking spot”, my spy tells me, and we log on and kill him.

Most of the time, we are two, even if it is unnecessary (unless there is a special reason like one of us walking the dog or such). Firstly, because sometimes it is necessary if the class we have on the spot is not optimal against the ganker’s class. Secondly, because we like to have fun, both of us, by killing these gankers. So even though it is unnecessary, it is fun.

So, every time these guys show up in one place we protect, we come online and kill them.

After a while, when they are tired of getting killed, some of them might go to a place we don’t protect: Stranglethorn, Tanaris, Storm Peaks, Icecrown… We don’t have anyone there because, alliance or horde, there are a lot of players in these areas so there is no need for us.

Others will stop ganking, gank when we’re not online or stop playing.

But before they go so far, they have to go through several phases.

In their first phase, they are just ganking and killing NPCs and players. We are not in game in this phase, and it is a time where the ganker gets great satisfaction at killing lowbies.

Now, we come into play and we begin to kill him, chain-kill him. Most of the time, at least one of us has the “pwn-flag” so his dead body will have at least one flag up his ass, if not two. They take it as a huge humiliation because their ego is so inflated. 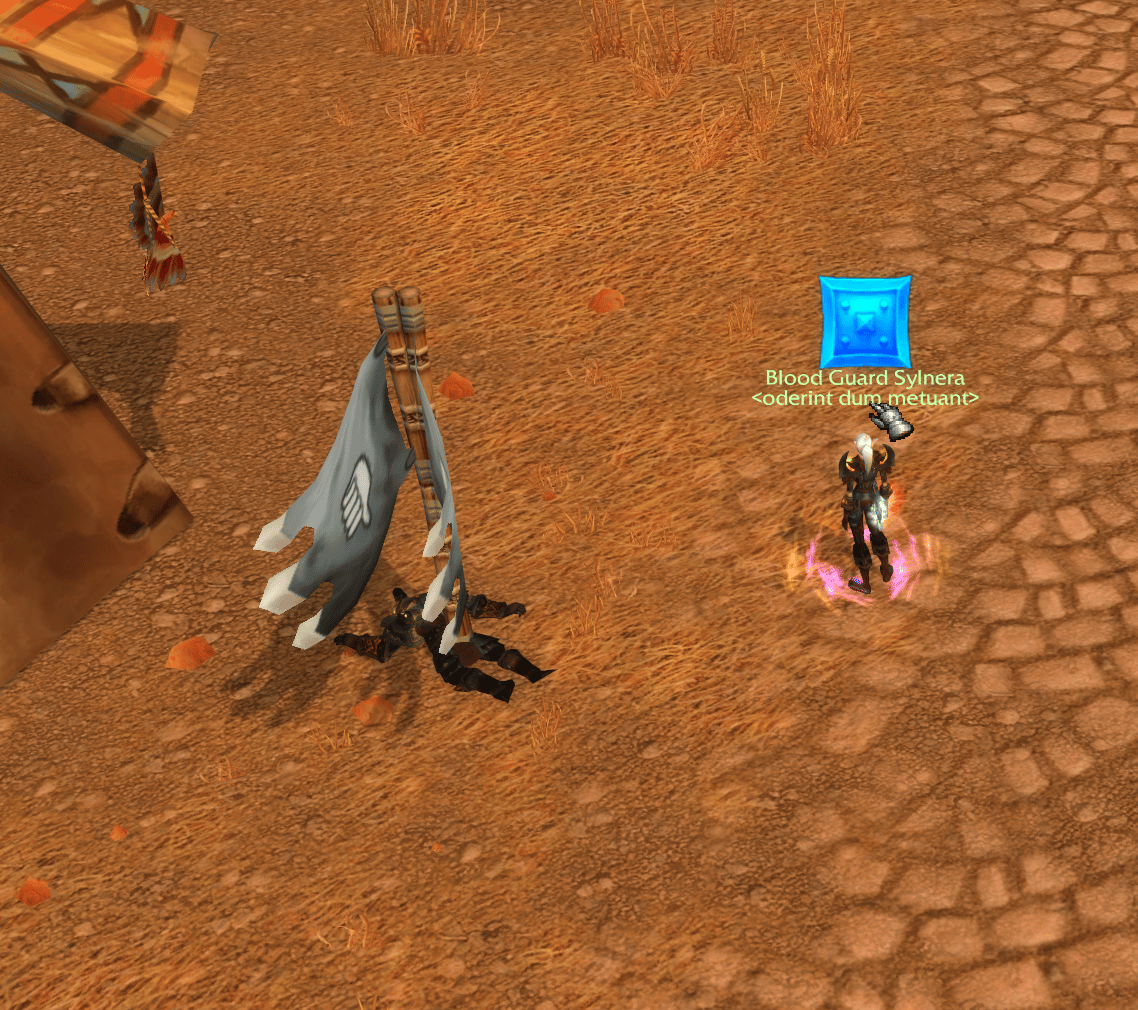 At first, he’ll fight us, especially if he can get us, or one of us, somewhat down in health (or even kill one of us, which can happen).

Depending on his and our gear and his and our class, this phase can take a while. We talk about periods of 5 to 10 kills or maybe 15.

After the first kills, the ganker will try to rez and kill us again (especially if he could kill one of us or get one of us much down) or try to rez and flee, get away, eat, heal and buff and come back.

Most of the time, he’ll get killed again… and “flagged”.

He’ll try different methods to get us off his back:

4. Queuing for dungeon or battleground, when the queue pops up, he rezzes and enters.

Then we see it, we log off. Our spy tells us when he’s back and we come back.

That’s about the most used technics that the ganker believes bother us. They don’t.

It is a time, where he gets angry. More and more angry at us because we are “stealing” his fun and humiliate him.

Remember that we talk about a loser who wants to see himself as a winner. It was working fine when we weren’t there and now, he feels like a loser again and he doesn’t want that. Therefore, he’ll go to phase three.

Phase three – I Need a Win

Then, the ganker goes into desperation and the last phase. He does several things: 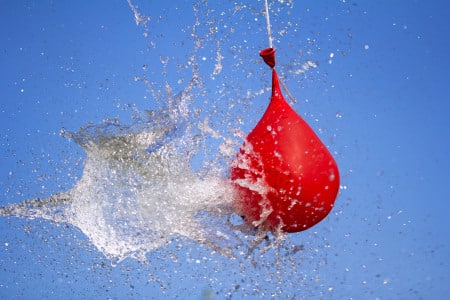 As a rule of thumb, I don’t respect these people enough so I care about their opinion and since I know very well these kind of personalities because of my job, I know exactly where I can stick my needle so their over-inflated ego explodes.

First, they will enjoy running away so we can’t kill them. Their “win” now is not to kill us or kill one of us, but just to run away and survive. In their mind, their “win” is now “Ha! These two noobs couldn’t even kill me. I’m superior!” You can see an example of some ganker who flooded my chatbox here and there.

But eventually, we find ways to get to him, and he ends getting killed, anyway.

Some can really go in a spin with that, for example, Dirtyhippie in Crossroads. He had to be killed 60 times in a row and all in all, way over 100 times before he understood. See the story here.

After that, especially if we can kill him several times before he kills the NPCs or the low level, the ganker will stop.

Then, depending on his ego, he will either switch faction like Stavrii (see story here). Here, it is unlucky for him we have “vigilantes” in both factions. Or he will go somewhere else: Tanaris, Stranglethorn… He’ll gank when we aren’t online anymore (but we don’t care about what happens while we are eating, sleeping or working). He’ll stop ganking (we have seen it) or he’ll quit the game (we have seen it too).

What solution they will choose depends on their intelligence and their faculty of adaptation, their reason and intelligence (if they can find out that there is fun to be have in the game without bothering others) and their level of sociopathy, because, at the opposite of the popular belief, sociopaths are not more intelligent than the general population, quite the opposite.

Otherwise, they wouldn’t have this urge to “prove” that they are “superior”! QED! (Scorpyo)