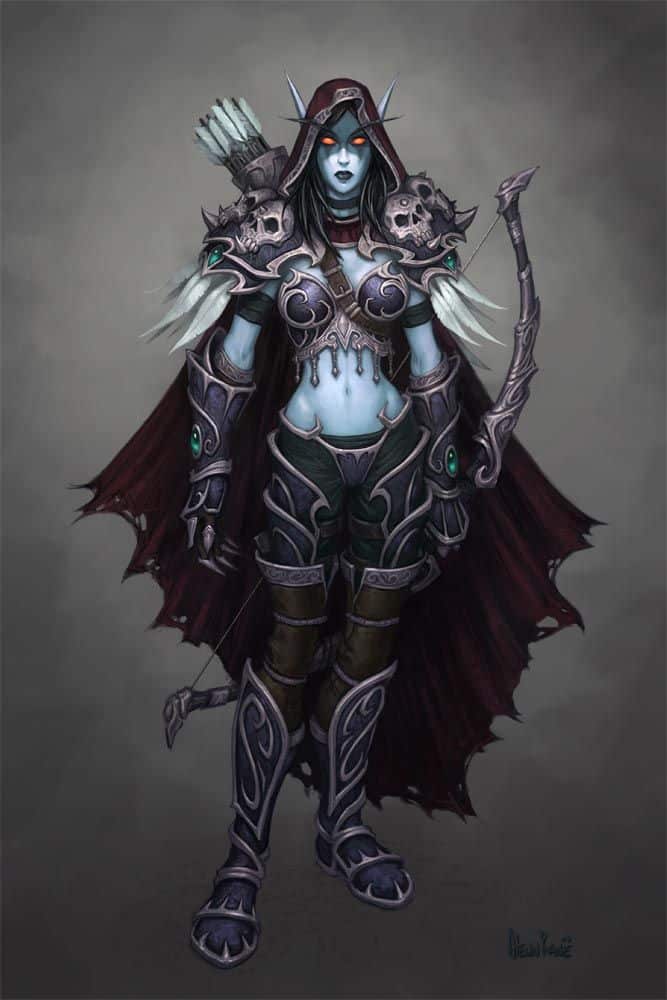 (26/12-2013) – Wow, thanks a lot for so many great suggestions. There were several I liked very much. But not even among my own suggestions did I find THE name I thought would fit the guild.

I wanted it to show that we were a PvP guild, that we did role-playing light, and it should also be part of the lore (which, of course, is connected with the role-playing).

Today, I was asked if I hadn’t taken a decision yet, and no, I hadn’t. I read again all the good suggestions, and came up with a few more in guild chat.

Then Lehiya quoted from the lore:

The Horde is one of the two major political factions of the mortal races in Azeroth, its counterpart being the Alliance. The Horde, a faction led by off-worlders and composed of outsiders has survived these obstacles by making allies with few of the native races of Azeroth or even uneasy allies[2]. Although its ideals, policies, and beliefs have been revised and membership has changed over time, it is the same Horde inherited by Thrall through Warchief Orgrim Doomhammer.[3]. However, since the mantle of Warchief was passed on to Garrosh Hellscream, the Horde’s alliance with other races has began to suffer heavily due to Garrosh’s warmongering. A direct example of this are the trolls under Vol’jin leaving Orgrimmar because of Garrosh’s hunger for war and Sylvanas Windrunner ignoring the warchief’s commands and using her plague on her enemies.

Eventually, the Horde was fractured in two and a civil war erupted, between Garrosh’s Followers and the Darkspear Rebellion led by Vol’Jin. With the help of the Alliance, the rebels ultimately overthrew Garrosh. He was then arrested to stand trial in Pandaria. Thrall then appointed Vol’Jin the new Warchief of the Horde, and Varian agreed to put an end to the war.

Two words stood out from this text: “Darkspear Rebellion“. That group supports Vol’Jin as a ruler, and it’s supported by lady Sylvanas Windrunner, my heroine! There was no doubt in my mind: This name both shows that we’re a guild who doesn’t stand up for oppression, we’re pro Vol’Jin and against Garrosh, and we stand side-by-side with lady Sylvanas.

I logged off, paid the 20 euros, and a few minutes later our guild name was changed.