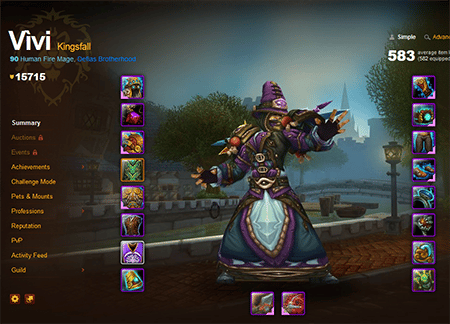 I said that I wasn’t a bot, and that I would report him for cheating. Which I did. Vìvi said, “You’re reported anyway.”

After I noticed what realm he was on, I told him that our main were horde there and that we would get him.

Funny thing was that half-way through the battleground, I checked stats and saw that Vìvi was far below me in damage done, even though I still had a lot of green gear. He was full purple… PvE gear.

So I laughed out loud in the raid chat and told him that he was a PvE sissy. He claimed to have being defending. Yeah, right. We were all defending.

He said something about that it would have been better to buy alcohol than to spend 25 euro on a bot. I don’t really know what he meant by that. Somebody else also asked him, “Why 25 euro?” – I didn’t see his reply, since I got busy fighting.

Well, today is horde day again, so back on Defias Brotherhood, I was flying around on my DK, looking for dark soil, and what did I see? Vìvi about to survey in Kun-Lai Summit.

Scorpyo switched to Tilathiel (a mage) and joined me, because I was a bit rusty with my DK. Haven’t really done anything but disenchanting for a while. 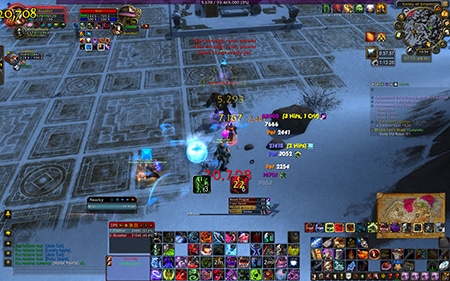 We attacked Vìvi, who – oddly – did very little resistance. He died. We were with almost full health.

Vìvi came back and started to survey again, as if nothing had happened.

Then it hit me: Vìvi, who accused Nezepher or being a bot for reasons I have no idea about, was botting himself.

We killed him a couple of times more, then reported him for botting, then killed him again. This time he resisted a bit, but we got him.

Five times did we kill him. I got 5 x 5 honor out of this encounter. Scorps got 24 honor points. 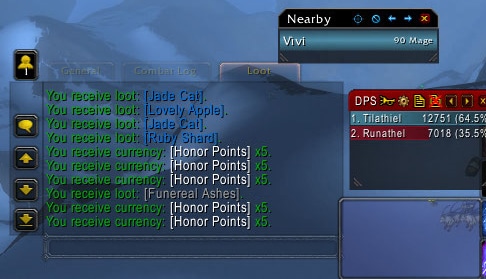 If you’re playing on Defias Brotherhood and want easy honor, then just look out for Vìvi. Full PvE geared, but with a fantastic knowledge about PvP, according to himself, botting… Easy kill 😉