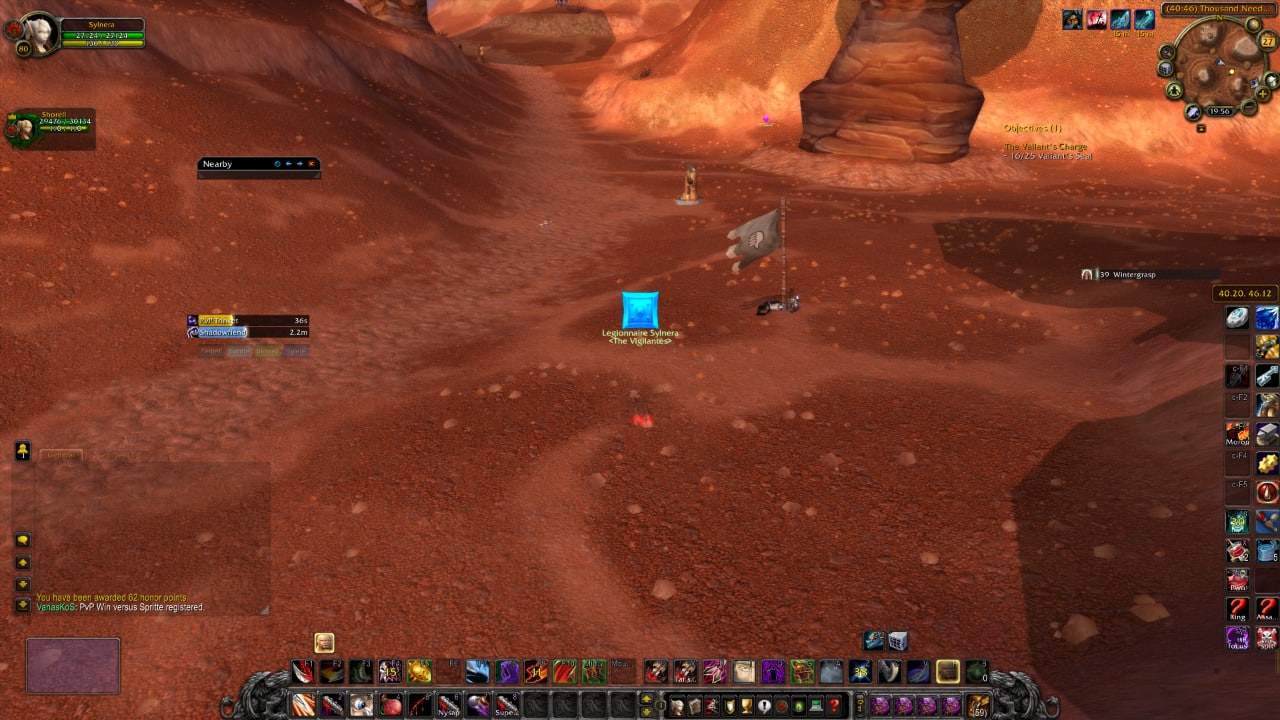 (08/05-2022) – I have already written a bit about Spritte in the Most Stupid Ganker of the Year for March 2022, where he got an honorable mention. He’ll be back in the next nominations. More about that next month.

And first, a bit of history: We met Spritte some months ago. He was horde back then (undead, if I remember correctly) and he was ganking in Darkshire and in Lakeshire. Back then, I only met him in Shadow. I am not sure whether he had double spec as Discipline or not yet.

Anyway… He was pretty lame already then, and we killed him several times. Then he disappeared. No more Spritte ganking.  No more Spritte-spanking for us. We thought he had stopped.

We led several gankers to stop ganking lowbie-places (Haliiax, Josseline/Stavrii, Murderfresh and some more) and even some to stop playing (Apricotie, Paviiani and some more), but I’ll write more about that soon.

So we thought, okay, he’s seen the light and found out that there are other things to do than spoiling the fun of other people.

Nimrasil keeps on telling me: Mazal? You overestimate ganker’s intelligence! and she is right! So did I with Spritte!

The moron had switched faction. He became night-elf priest and later on switched to human.

You would think that it was because he loved so much Darkshire and Lakeshire, that he wanted to visit them without getting killed. But no! Now he was going to Freewind Post (Thousand Needles) and a bit in Crossroads. The dude is so dumb that as a horde, he visits lowbies alliance and as an alliance, he visits lowbies horde.

Yes, Spritte was following the “ganker’s playbook” (described here): No allegiance, just spoiling the fun for other whatever faction we speak about. Like most psychopaths, he is totally dumb and believes he is over-intelligent.

Of course, since we have vigilantes on both sides, we found him quickly and chain-killed him. 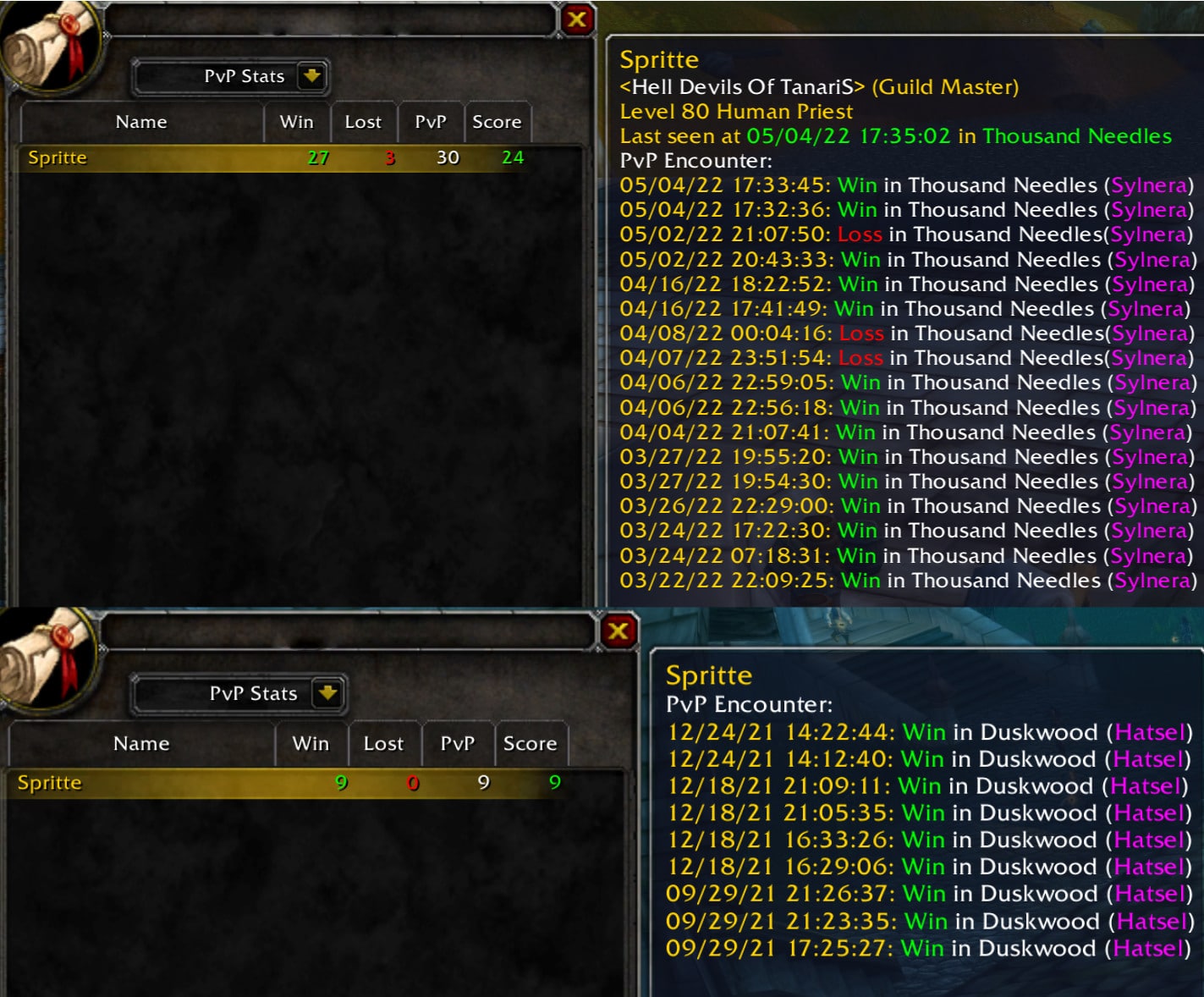 So he now teams up with other gankers from his guild. He is guild-master of a ganking-guild and from what I have seen, they suck except if they are in a group. He is often with Fantta, AKA Tsuks, who is as lame as he is.

Now… one thing noob-gankers use to pretend is that  we just suck at PvP and they are godlike in PvP (no sense of realities, I know!).

The problem is that except from the fact that we do chainkill them, it is often difficult to prove how much they suck or are good at PvP.

Except when you are in a battleground with the person in question, in this case, Spritte, where you can see statistics of how much damage or healing they are doing compared to the team and to you.

And that is exactly what happened yesterday evening.

“Noob-Spritte” fell in one battle, Eye of the Storm with two of us: Ronit and Ivkatta. Ronit is a Preg-paladin and Ivkatta is a destruction warlock.

As you can see in the first picture, Spritte is in the BG from the start (you can see him in group 3). 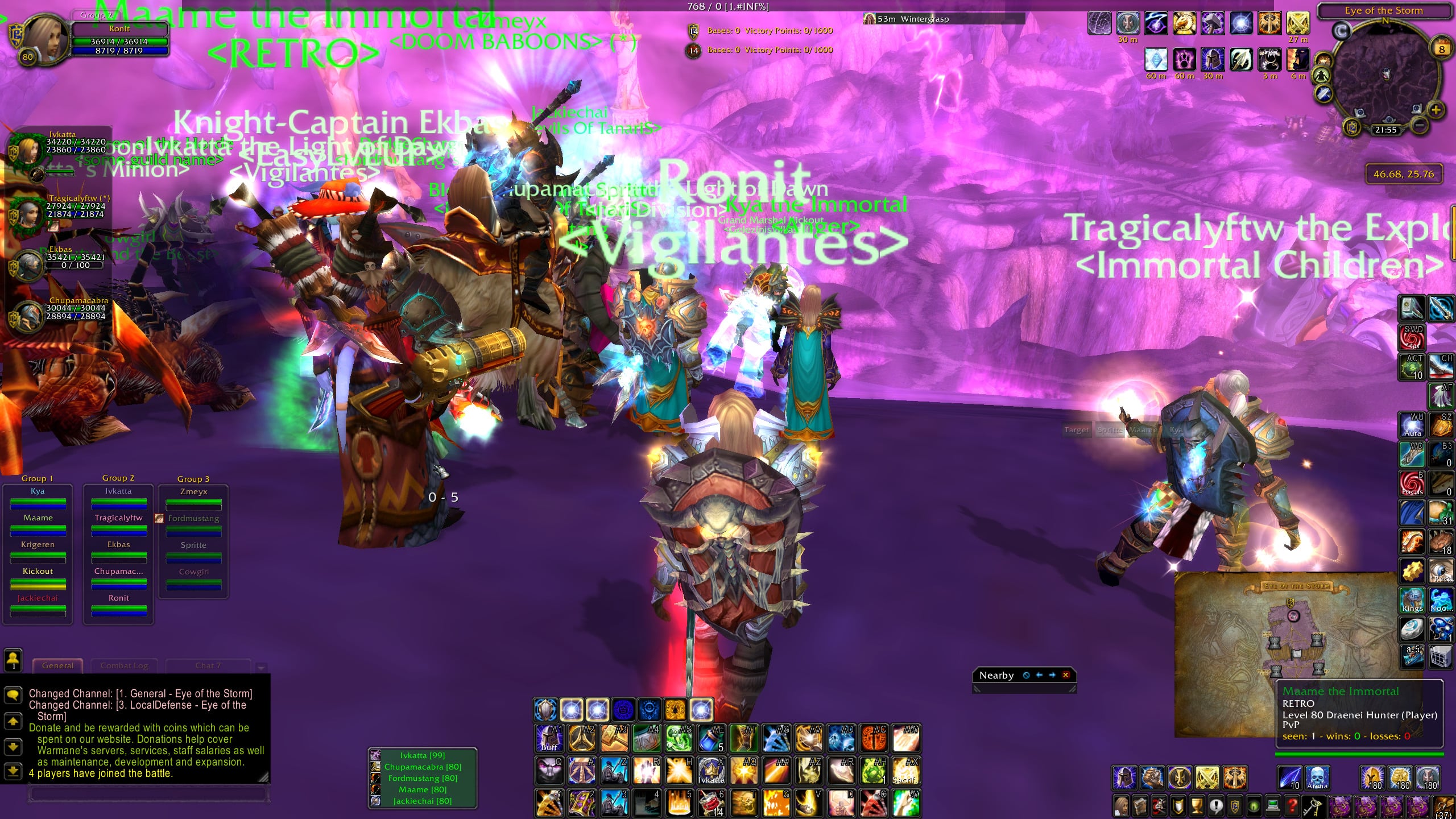 You can see from the date and time that the screenshots are from the same battleground. 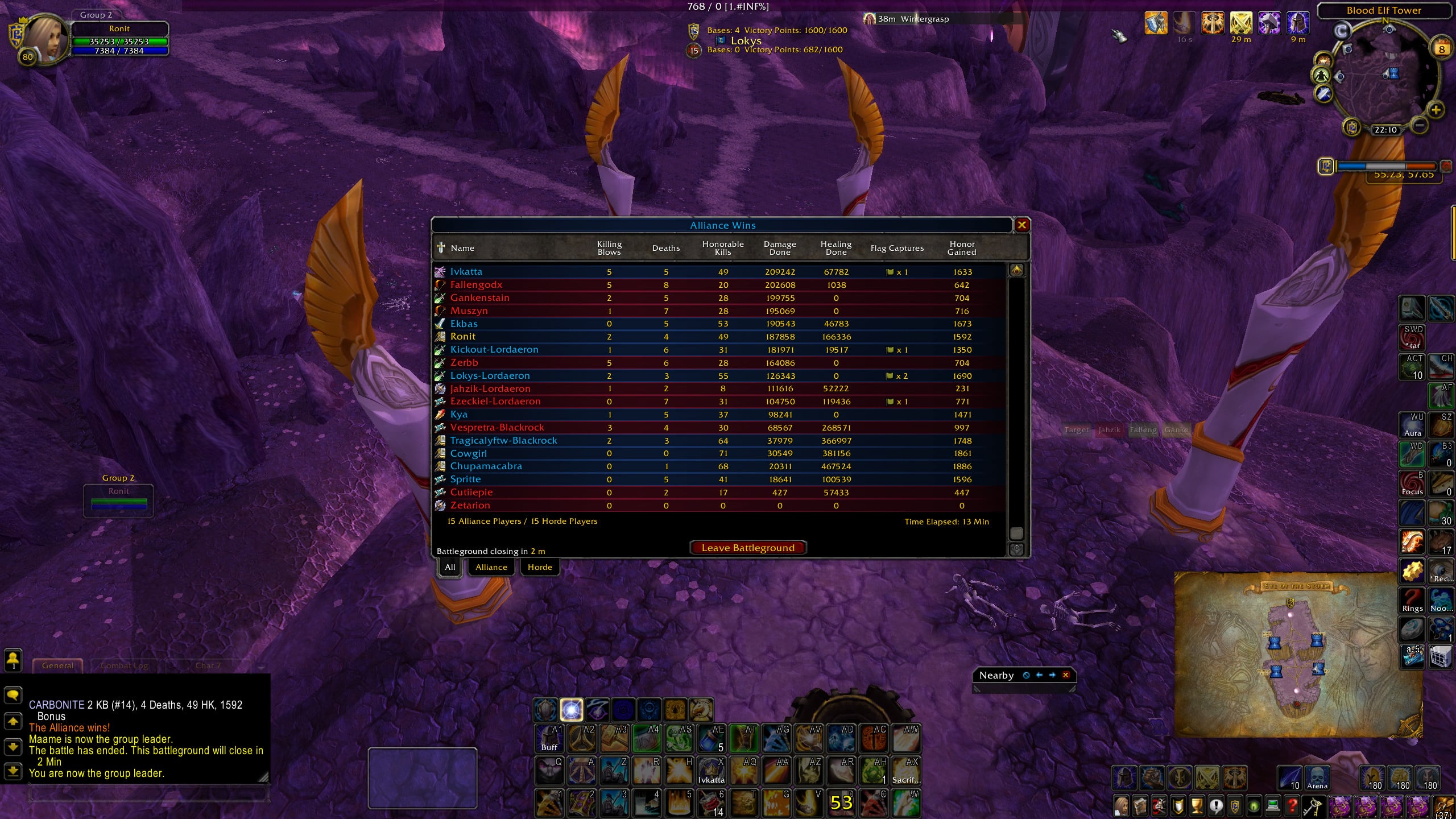 Now look at the result.

Okay, then… Maybe he was in as a healer.

The warlock was close to have as much healing as his disc-priest (if he was disc at the moment, but with this damage, I certainly hope so!).

In short, we have here a couple of explanations:

There are some gankers where I think, or say, “pity he is not more of a regular player, he plays well except from that and if he wasn’t such a ganker, I would team up with him for real pvp any time.”

This is definitely not the case with Noob-Spritte!

I guess we’ll see more of him and his boyfriend in Freewind Post unless he switches back, and then we’ll see him in Darkshire and Lakeshire. In any case, he’ll be giving us more honor. (Scorpyo)

12 thoughts on “Noob-Spritte the Spiritless”