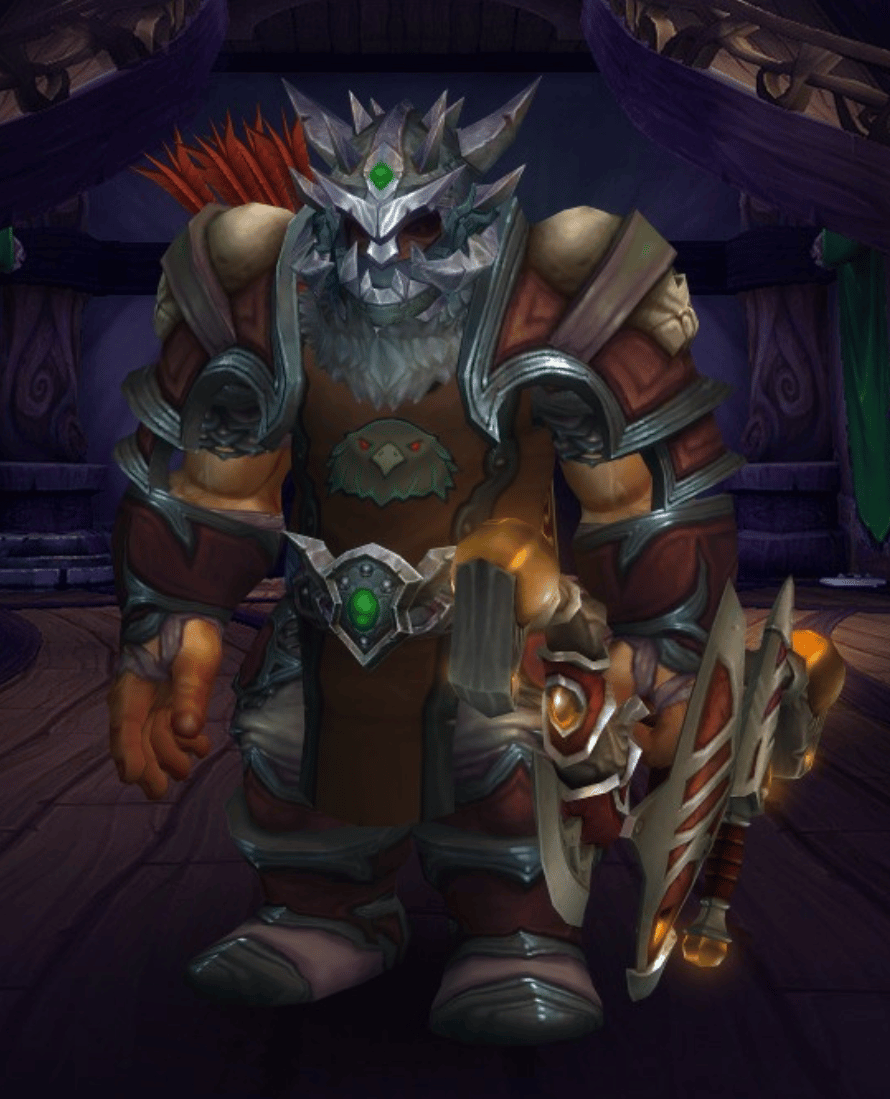 (10/10-2017) – Now and then we go Tol Barad. Sometimes I am alone, and sometimes with Nim. And regularly I can see a ghost-dwarf-hunter showing up. But just a few seconds, then he disappears. I just never could get my hands on him.

So I became curious. I checked him on armory (here he is). Marskmanship dwarf hunter, 823 ilvl. Not much, but several of my new 110 have a lower ilvl than that. But he does have prestige 2 and honor lvl 49… How could he do it? Battlegrounds?

Nooooo… I had to switch to my rogue and stealth on him to find out. First time, I missed: I mounted right after the bridge, I had just the time to see him on spy, and then he disappeared.

Second time, I started stealth, close to ICG. The Horde had TB and I was waiting for Reuel… Then he showed up on spy. However, he wasn’t in ICG. How could he take ICG or Tol Barad if he wasn’t in there? Where was he? 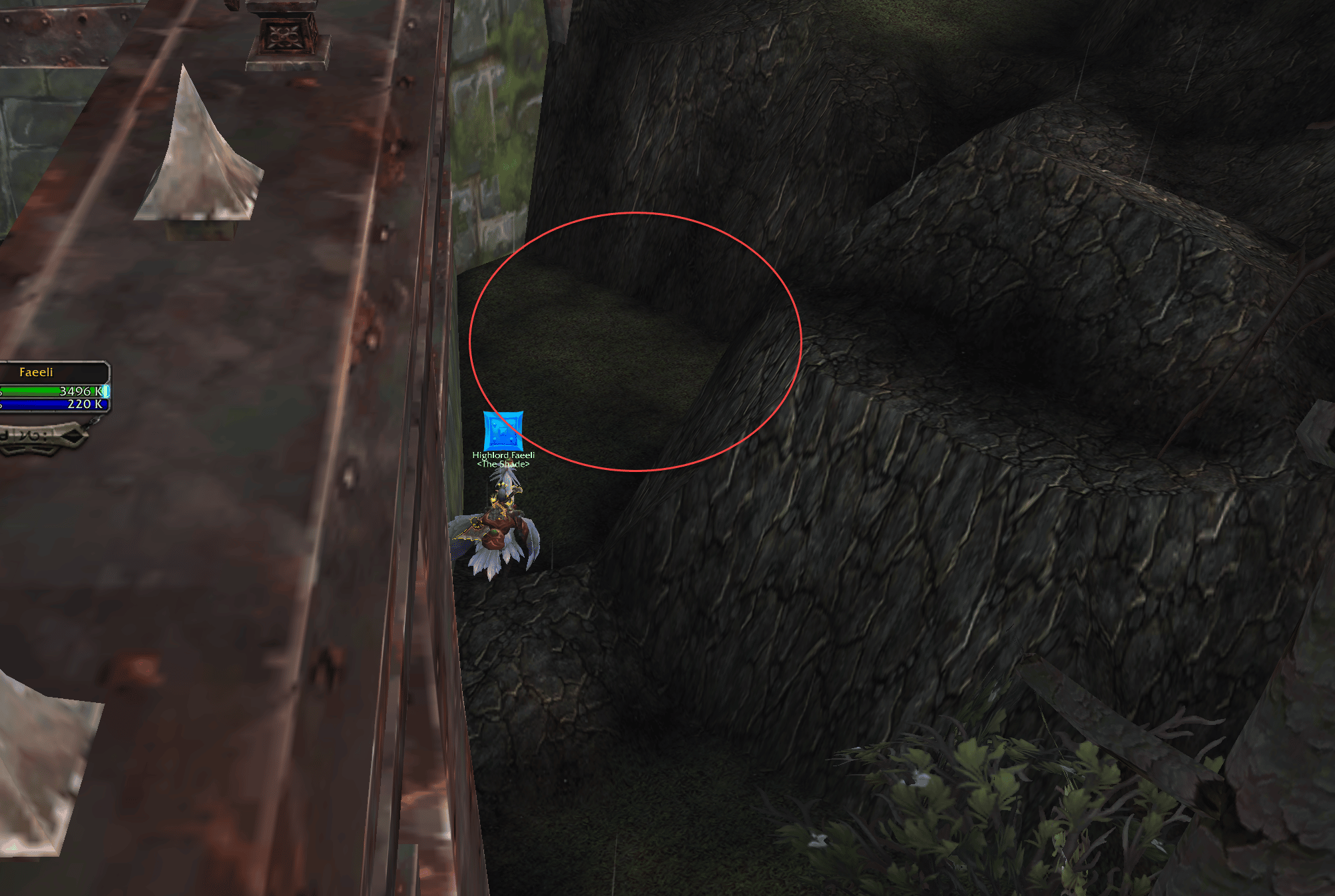 I had a lot of difficulties to find him, but eventually did it: Between the graveyard and the wall of ICG, there are rocks hiding him. So he was there, hiding. Not trying to take winner-points. Not trying to take Tol Barad. No. Just waiting for the time to pass by.

So of course, I killed him. It was pretty easy as he tried to flee and didn’t try to fight back at all.

When he died, he ended up in the graveyard near ICG. He put his flag down and waited patiently for the loser points. 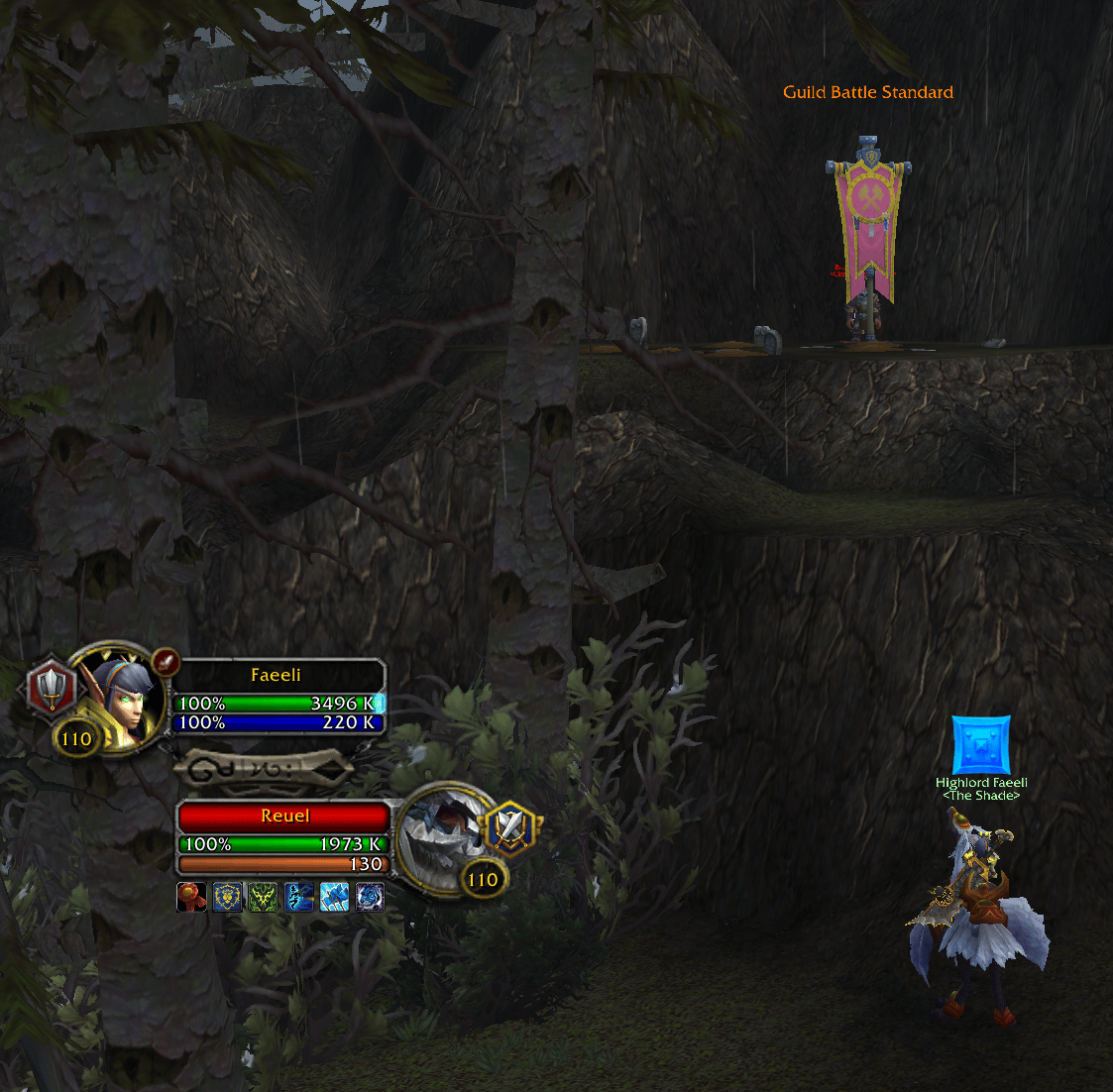 What a PvP experience that must be for him!

I have been away for a while, but I don’t remember people from Clan Battlehammer being such cowards. Things have changed a lot, obviously!