Now, Taldore is a frost mage, so I couldn’t use the same spells I could with my fire mage. It took me several trips up in the air, dropping from my bird, casting spells, until I finally got the rogue.

As you can see on this image, the rogue just died. 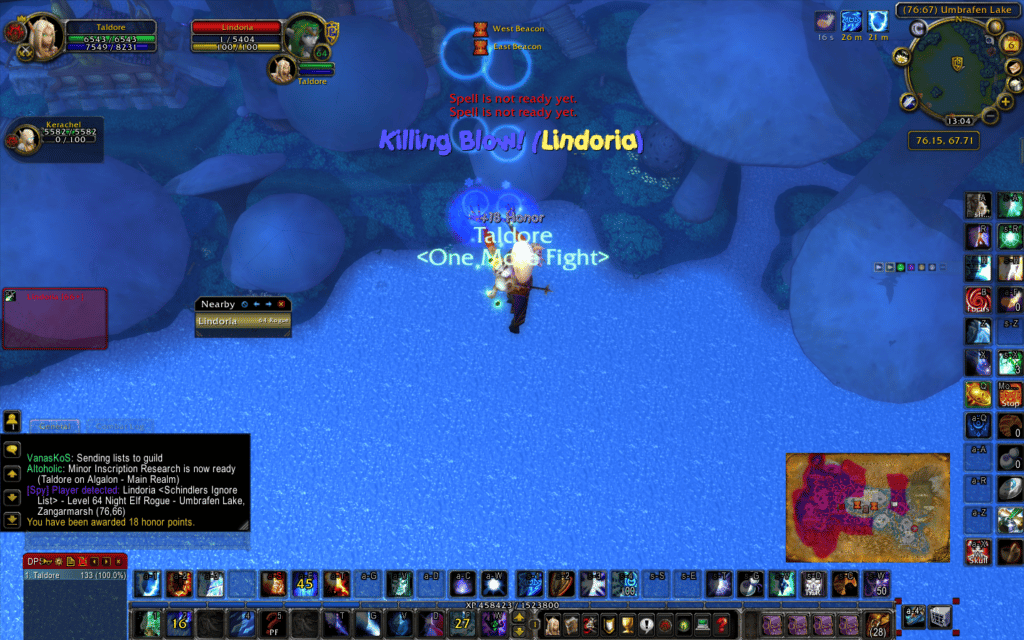 Today, I was questing with Kerachel again, when I noticed that one of our towers in Terokkar was taken by the alliance. I turned in a quest and then went to take it back, thinking that the alliance must have left by now.

But no, the alliance was still there, sitting on her bird on top of the flag pole. Level 65. I was only level 64.

I landed a short way from there, got full health, went back and landed below her. But when I tried to death grip, I got the “out of line of sight” message.

The rogue didn’t fight back. She was AFK… So it took me only a few seconds to kill her. Then I took a screenshot and another one… 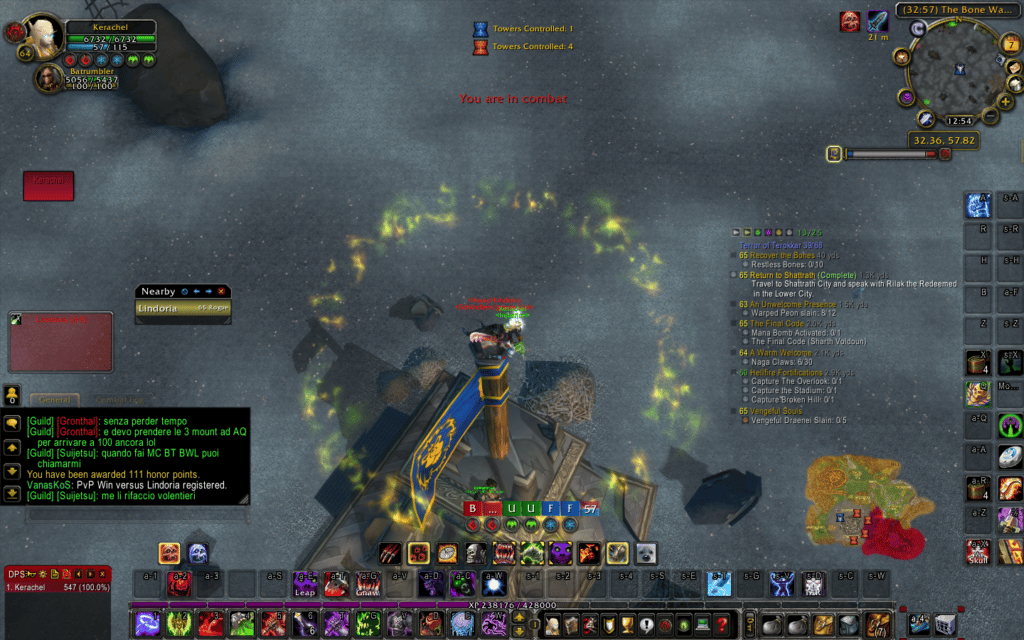 Only then I thought, “I know this name.” 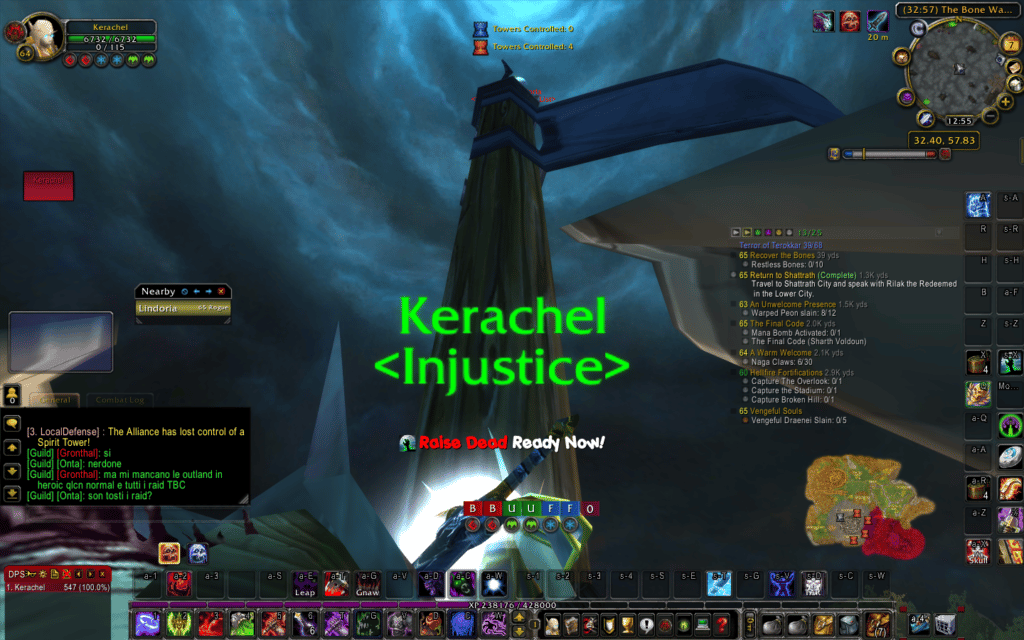 And yes, it was the same rogue I killed in the air yesterday, also AFK.

Some players are slow learners. Now, good luck on getting back to your corpse, Lindoria 😉 As a ghost without flying abilities, it’s going to be difficult.

1 thought on “Lindoria’s Adventures in the Air AFK (PvP)”