(13/06-2015) – I haven’t yet tried all classes in Neverwinter, but so far there are two that stands out for me as my favorites, and they are the Oathbound Paladin and the Control Wizard.

It’s hard to kill the paladin in arenas, but the CW is more fragile. Especially when you’re new to the game and haven’t learned the tricks, yet. (Hehe, I learned some nice ones about discovering stealth Trickster Rogues last night).

Here’s my CW, Ashlaya. She’s level 41 right now, and I just changed her specs last night, following a friend’s guidelines. He’s really good at PvP, and he’s been playing Neverwinter for six months or so.

He said, “First, your Ability Score.”

“Crit is not that important. Recovery is better. So raise Intellect and Wisdom periodically. Aim at getting Intellect to 25 as fast as possible. After that you can put the rest either in Charisma, Wisdom or Intellect.”

If you mouse over the abilities, you’ll what they are doing, like Intelligence contributes to damage bonus and recharge speed increase… Whatever that means 🙂 And Charisma is for crit.

With my level, I was able to go up to 24 Intellect instantly (especially, since I started out with 20). 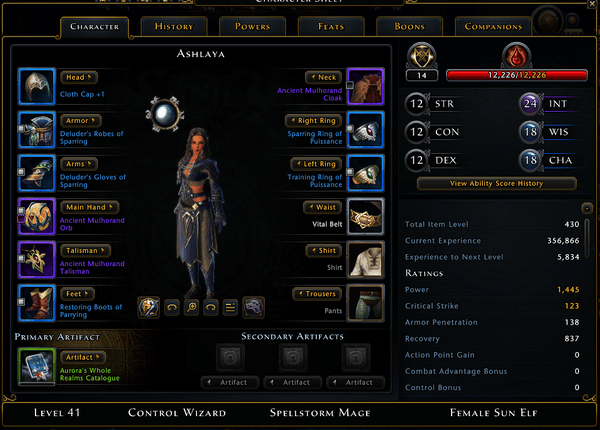 I chose to follow the same build as my PvP friend, which meant Spellstorm Mage and going Oppressor in the Paragon tree.

The first 20 points are spent among the Heroic feats to the left. You can see how I was told to put them in the picture.

After that, he told me to put 5 points in Critical Power in the Renegade Paragon at the bottom, and then go to Oppressor, and put (in this order)

5 in Brisk Transfer (he said he had 5 in Chilling Control, but didn’t use Sudden Storm, so…).

And then 5 in each of the following in this order:

Finally, one in Shatter Strike. 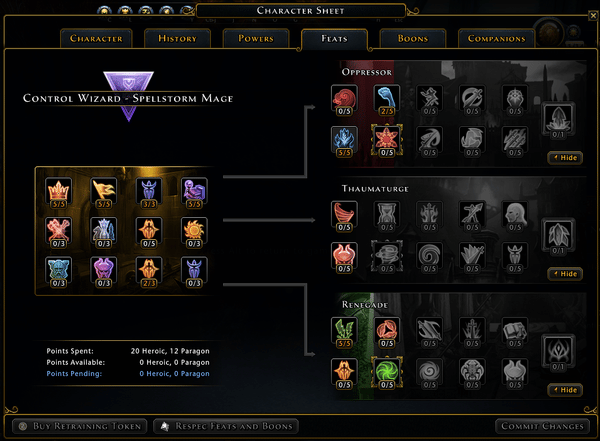 You start out with 5 points in powers, and you don’t decide where to put those. After that, and with the right level, he told me to put 3 in each of the following: 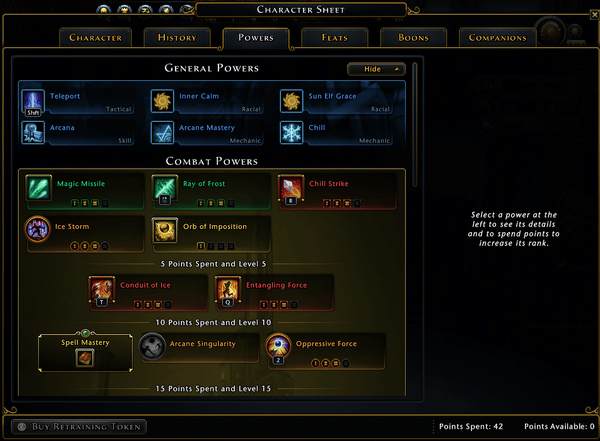 Shard of the Endless Avalanche – Eye of the Storm (important) 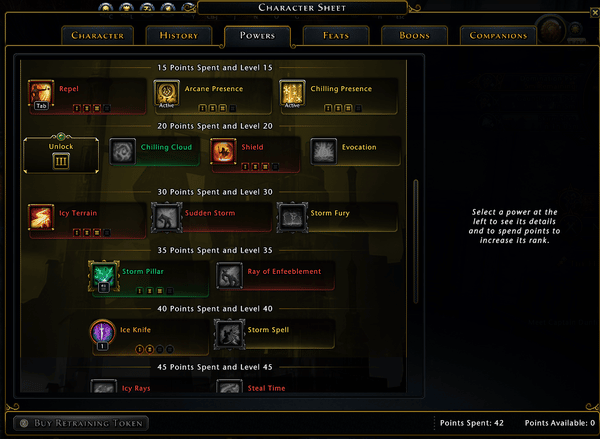 I haven’t learned all spells yet, so my toolbar doesn’t look like it will end up looking.

T (or E for you): Conduit of Ice (and then give the enemy Ray of Frost afterwards) – At level 60 I’ll take Disintegrate here instead.

Left Mouse: Magic Missiles -> Storm Pillar (which I have now) 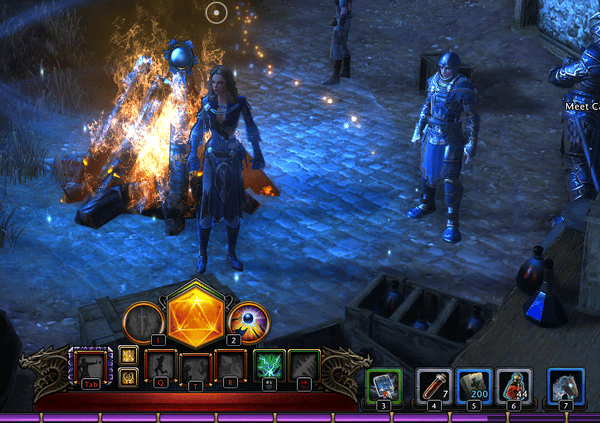 As a Control Wizard, you’re an ice canon. Hits hard, but you’re very fragile, so learn to get away from your enemy. That’s what I’m training now, but I often get stuck on the red mark on the ground (oooh) or spell locked, or out of stamina, so I cannot portal.

You portal either with Shift and the movement keys (W and something – I don’t remember, because I change mine to fit me better), or by double-tapping the movement key (like double-W to jump forward). This is something I need to train a lot.

You can see the Trickster Rogues if you pay attention. My PvP friend even said that he could hear them coming,when he had sound on, and they cast a shadow, too. So keep an eye out for those.

Right now, I hate the Guardian Fighters more. They seem to one-shot me.

Anyway, I still think a Control Wizard is a lot of fun.