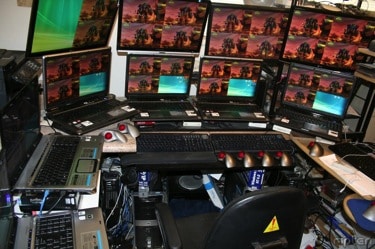 (06/02-2014) – There is actually an association which takes care of ex-WoW-addicts. No, I am not joking! There are several homepage and association working on the same  principle than AA, but it for WoW. It is built in the same way: The 12 steps for recovery and all. I made a comparison with the work that has been done with ex-drug addicts (I worked as a psychologist with ex-drug addicts in 1998-2000), and they are actually using an identical methods: You have to confess your addiction, your “sin” so to speak and begin to fight the need you think you have of killing dwarves and other vermin online.

Now, I always was, and still am, opposed to these fancy “Internet addiction” or “WoW-addiction” understanding. Because who decides how long is too long on the net? On WoW? If, instead of playing WoW, people just read and read (as a child, since it wasn’t very interesting at home, I was always in my room reading, I had periods where I read one to two books a day)… welll was I a “book-addict” and should I have been to a BA-meeting (Bookeaters Anonymous)? People saw me as a very weird person who didn’t get out enough…

No, let’s face it, some people will put more in the game than others and if they weren’t on WoW all this time, they would be in a bar, or in the city, or somewhere else, “addicted” to something else. And in this case, WoW isn’t the worse place to be.

Sometimes, I imagine a meeting in WA (WoWAddict Anonymous), where one guy says:

– I have now been WoW-free for two weeks!

No, we don’t speak of addicts. We speak of noobs and nolifers. And that’s easy to find out: