(30/01-2014) – Let’s be honest, when they made Cataclysm, Blizzard made a huge mistake. Numbers speak their own language. The number of subscribers went upward from 2005 to 2010. Topped in 2010 and then came Cataclysm, and the numbers when down. A bit up right after Mists of Pandaria was released and since down again. We are soon down to the level we were in 2006. 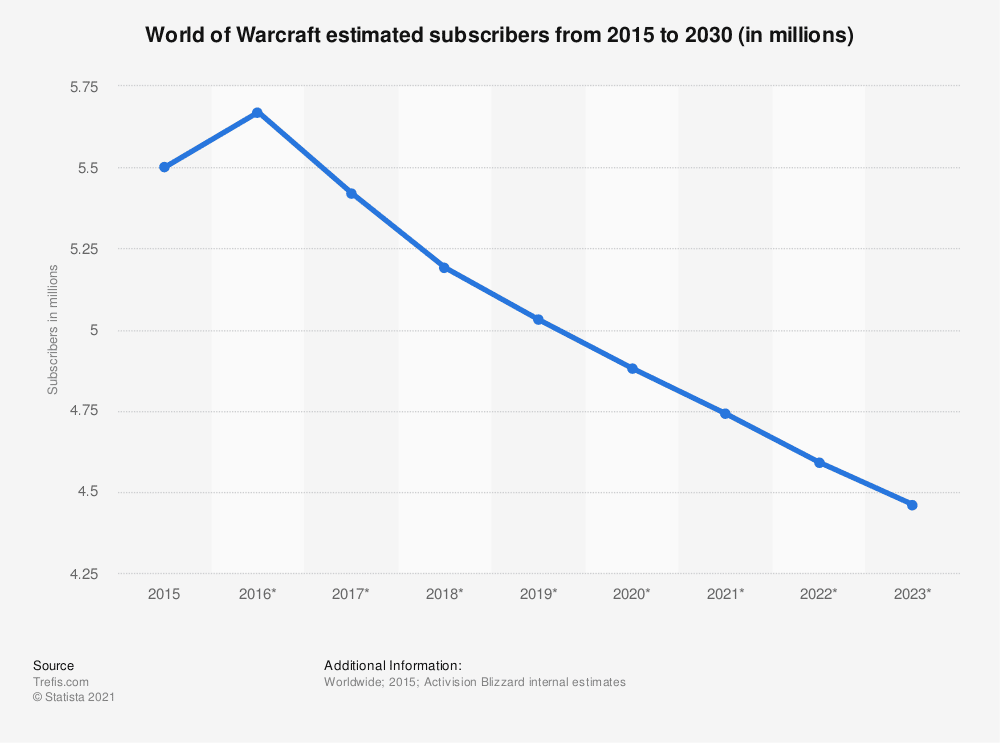 So now, Blizzard is connecting realms so we can have a decent population on some desert realms. On Sporeggar, where I had my Alliance, on peak times, we were 35 online… There surely were not much ganking going on.

It looks like Blizzard is on its way down and, regularly, you will read articles about how WoW is going down, badly and is about to disappear.

Yes, I guess so, sooner or later. But even though it is going very badly for Blizzard right now, we are still about 7 million people playing and paying each month. So I guess there will be a couple of days before they disappear. WoW, with its 7.5 millions subscriber is still the biggest MMO in the world. Only Dofus can come near with 10 million players (but only 1.5 million subscriptions). At the second place, you will find Maplestory with 5 millions. There is a bit of a step down from 7.5 til 5 millions.

So even though Blizzard has lost many members and a lot of money and has now to connect some of their 246 servers together, they are still going strong and we will be able to play a couple of years, or three or four before things maybe begin to become too boring to play. If they just stay out of another Cataclysm, they might just make it for the ten years to come.

Maybe as a kind of pep-talk to members who are afraid WoW will disappear next month, Blizzard has released interesting trivia about numbers… Did you know that we have killed Garrosh more than 400,000 times already? Have you done it? No? So you must be one of the few, then?

We will see this statistic in one of our tips…

… Now let’s see for some tips and tricks.