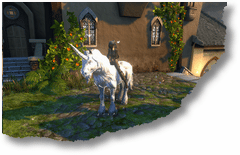 Cataclysm was really bad. It was when we decided to stop. Back then, I had 9 level 80’s and one level 78, but I quit: Too many bugs in the extension, stupid changes… Terrible. I came back two and a half year later, with Pandaria. Some things had been changed and became better again so the game was playable.

But Panda was neither “joke” as Blizzard tried to tell us later on, it wasn’t in the lore as they pretended to justify it (yeah, there was the picture of a Panda in Warcraft III… Hardly something you can say ‘belongs to the lore’). It was a poor trial in getting more on the chinese market.

And now, Blizzard is tightning the grip:

– First, they make all realm-transfer to half price… Lot of people transfer and then, whatya know? They connect the realms. In some cases, people ended back on the same realms they paid to leave from.

– On EU realms, I had my Alliance on one Realm (RPPVP Sporeggar) and my horde on another (RPPVP Defias Brotherhood)… They connected the realms so I ended up with 10 lvl 90 alliance and 10 lvl 90 horde on the same realm. Since we had common AH, I was in competition with myself on most things. That was clear bullsh!t.

– The mercantile side of Blizzard is getting on my nerves. When we started, we got pets for Blizzard 4, 5 year’s birthday. That was pretty cool. Then, at Cataclysm, they didn’t give any pet, but the day after, they put two new pets on sale. And it has gone on and on. Almost every week, there is a new ad for something more to buy: Mounts, pets, transmog… I still remember when they started to sell the Celestial steed… It was “limited”. You could see the number go down while you were in queue to buy it. We waited two hours before we could get one. Pfew! We made it! We got it! Hoooooorrrray! Well, 4 year later, they still sell it! Again a gimmick to press money out of the customers. Instead of giving people who had been customers for one year, two years, three years a present, they just treat you as a cash-cow. Now, if it was a Free to Play game, I could understand this aggressive marketing. Hell, they have to make money to keep things going. But after buying the game, the expansion and paying a subscription each month, this is just too much!

– Now, Blizzard sells gold. They sell it more expensive than the chinese. They have banned over 100,000 accounts which were botting. Well, sorry to say so, but the bots are not, and were not the problem.The problem are the chinese who are not botting but farming and selling gold and not the bots. Don’t think Blizzard made war against the bots because some are botting in battlegrounds or dungeons… Nope, they don’t care much about that. They care about the one farming and selling gold because they want to take that market. Why? Because their subscriptions dropped from 10 millions to 7 millions in just three months could be an explanation.

– I found Warlords of Draenor to be a nice expansion, but: leveling to 100 is a bitch. Garrisons are boring. And Blizzard is making again and again the same bullsh!t. Before the expansion went live, Holinka said in an interview: On MoP, we had the PvE gear being superior to PvP gear in world PvP and many other circumstances. This annoyed a lot of players. We have learned from this mistake and we changed that in WoD so it is more balanced… Really? Patchnote for coming patch 6.20 says: “All gear between item levels 560 and 690 will now scale up to 690 in PvP combat”. So, in short, anyone with heirlooms will be scaled up to 690? Why? and what about: “Non-PvP gear above item level 715 will scale down to 715 in PvP combat.” Why isn’t PvE geared scaled down in PvP combat as a rule? Why should we then go in battleground or world pvp to get honorgear if only conquestgear is worth anything?

So these problems, and many others, begun to go on my nerves little by little.

So when we couldn’t log on because of server busy for one or another reason (the only server working 24/7 being the one takiing money), that was the drop. Ashlaya and I left WoW. I don’t imagine there will be any coming back for me except if many things really change totally, but it doesn’t look like it goes this way.

I play a bit of WoW on a WotLK private server (https://www.warmane.com/ it was known as Molten-WoW before a hacker got into their system and deleted everything), you can find me on Deathwing, Horde, of course. Send an ingame mail to a blood-elf priest called “Malka”. That’s me.

And then we have discovered Neverwinter… We LOVE it. It is free to play. Nice graphics, great lore… Very, very nice. You can find me there under the name: sylnera (you can just ask me as a friend and I’ll see it when I come online with any of my characters). Neverwinter is here => http://www.arcgames.com/en/games/neverwinter

We have decided to drop the domain-name zeguild.com. It won’t be renewed. The blog will live on because it follows us (it followed us when we were on WoW, then on Rift, then on Age of Conan, then on Molten, back on WoW and now on Neverwinter), but we don’t need the domain-name, in fact. So you will find this blog on: https://zeguild.com but since it is reflecting what we are playing now, it will be about Neverwinter (and maybe a bit of Warmane-WoW)

We are also letting http://wowtipstricks.com go. We are keeping the blog but you will find it on http://wow.malka.tips/ and we will not be sending tips anymore.

You can still find us on twitter: @nimrasil and @sylnera but we won’t be talking about WoW, but about Neverwinter and maybe about some of our fights on the private server Wrath of the Lich King of Warmane.

We’ll be seeing you out there!